Is evolutionary science in conflict with Adam and Eve?

Christians throughout history have understood Adam and Eve as the “first man and woman” created in the image of God and placed in the Garden of Eden (Genesis 1:26-28, 2:4-25). But today, people commonly think that Adam and Eve are incompatible with modern evolutionary science.

On the one hand, some reject evolutionary science, while affirming the Genesis account of human origins.

On the other hand, others reject Adam and Eve as real people in a real past, while affirming the evolutionary account of human origins.

However, this is a false dichotomy. Critically, there is nothing in evolutionary science that conflicts with a historical Adam and Eve who are ancestors of us all. It turns out that there are a wide range of ways to understand Adam and Eve in light of science, Scripture, and theology, including both historical and non-historical views. Some of these possibilities have only recently been realized as viable options.

In fact, there are so many ways to understand Adam and Eve that it is difficult to classify all of the different models that have been proposed. Nonetheless, we find the following four questions to be a helpful starting point:

There are a multitude of ways to understand Adam and Eve that are consistent with modern science. Even traditional commitments about Adam and Eve need not be in conflict with evolution.

Were Adam and Eve real people in a real past?

Some scholars have proposed that Adam and Eve are literary figures that are purely mythical or archetypal.1 The Adam and Eve narrative bears striking similarities to the Akkadian Atrahasis epic as well as many other Sumerian, Babylonian, and Egyptian texts.2 For this reason (and several others), these scholars understand the narrative as only trying to teach theological truths, without reference to historical events or historical figures.3 God was simply accommodating his word to the language familiar to ancient readers. A view like this would readily remove any conflict with science, simply because it no longer views Genesis 2-3 as saying anything about real-world events.

Other scholars remain unpersuaded by these arguments. C. John Collins argues that in light of the overarching narrative of the Old Testament, the Genesis 1-11 narrative must retain a historical core, even if it contains special rhetoric and literary techniques to shape the descriptions of the events.4 In addition, other theological concerns may make a historical Adam and Eve necessary, such as maintaining the uniqueness of human beings as made in the image of God, the unity of all humans, a historical Fall from original sinlessness, and the doctrine of original sin.5

Which models of Adam and Eve are consistent with evolutionary science?

If we want to affirm that Adam and Eve were real people who existed in the past, how are we to make sense of that in light of the modern scientific description of human origins? According to evolutionary science, humans share common ancestrya with the great apes.6 These and other discoveries have led scientists to conclude that anatomically modern humans emerged several hundred thousand years agob in Africa from an evolutionary process.

Young earth creationists (YECs) choose to resolve this question by rejecting evolutionary science and common ancestry, understanding Adam and Eve to be the first two biological humans created de novo no more than 6,000-10,000 years ago.7 While some YEC scholars have offered alternative accounts of how such a view could fit with the scientific evidence,8 these models are unconvincing to the vast majority of scientists, including even the vast majority of Christian scientists.9

Thus, there are two extremes: young earth creationism and a non-historical Adam and Eve. The first is in conflict with how most scientists understand the evidence. The second deviates from how most Christians have understood Scripture.

But these two views do not exhaust all possibilities. Several models of Adam and Eve were previously thought to conflict with the scientific evidence, but turn out to be entirely consistent with it.

For example, it is possible for Adam and Eve to have been supernaturally created a few thousand years ago in the Middle East and become universal genealogical ancestors of us all, a model which was recently proposed by biologist Joshua Swamidass.10 Another alternative is to understand Adam and Eve as living several hundred thousand years ago. Fazale Rana and Hugh Ross of Reasons to Believe proposec that Adam and Eve were the first Homo sapiens and lived 100,000-200,000 years ago, whose descendants interbred with Neanderthals to account for the observed genetic diversity among today’s humans.11 Finally, philosopher and theologian William Lane Craig favors an even more ancient Adam, identifyingd Adam and Eve as Adam and Eve as two members of the species Homo heidelbergensis, which existed starting about 700,000 years ago.12

Do Adam and Eve sit at the headwaters of humanness?

An important doctrine in the Christian understanding of humanity is monogenesis, the idea that all humans are descended from a single couple.13 Some scholars have argued that monogenesis serves as the foundation for equality between all nations and races, as well as the universal common experience of being fallen and in need of redemption.14 Monogenesis is one of the commonly cited reasons for retaining a historical Adam and Eve.

But for a long time, most thought that there was a dilemma between (1) monogenesis and (2) a recent Adam and Eve. In other words, evolution and modern science forces us to choose between either:

Some argued that this last option was also in conflict with the evidence.15 In this way, traditional readings of Genesis and traditional doctrine were thought to need revision due to an irresolvable conflict with science.16

However, it turns out that this is a false dilemma, based on a mistaken understanding of the scientific evidence. As we have mentioned above, even if Adam and Eve were as recent as 6,000 years ago, we all could descend from them.17 So the dilemma between a recent Adam and Eve and monogenesis is resolved.

Still, some prefer to think that Adam and Eve were ancient.18 The salient point here is whether or not there were beings with “human-like” qualities or “humanness” outside the Garden and before Adam and Eve.19 If one believes that these human-like beings need to descend from Adam and Eve, then the first couple would have to be placed further back in history.20 This shows how the debate between a recent and ancient Adam and Eve revolves around interesting questions about what truly defines human behavior. It is not always the case that theologians and biblical scholars are interested in the same questions as modern scientists.

Were Adam and Eve created de novo or chosen?

Historically, most thought that if evolutionary science were true, then Adam and Eve could not have been created de novo without parents.21 However, this is another false dilemma. Both could be true at the same time.22 God could have created a population by a process of common descent, and then specially created a couple within that population. A one-off, isolated miraculous scenario cannot be falsified by scientific evidence, just as many Christians would agree that the resurrection of Jesus is not “falsified” by the empirical evidence that people normally do not rise from the dead.23

If one affirms evolutionary science, why still believe in de novo creation? Some, like pastor Tim Kellere, believe that it is necessitated by the text of Genesis 2.24 De novo creation may also be required if one commits to a particular view of the image of God or to establish some sort of original moral righteousness in Adam and Eve which cannot be achieved by natural processes alone.25

The four key questions we have covered help to illuminate the many possible understandings of Adam and Eve. However, they hardly exhaust the range of questions and issues that are raised in these discussions. Different models may answer certain questions more clearly while raising others. Here are some examples:

Many of these questions do not yet have definite answers. They remain an open invitation for theologians, scientists, and anyone else interested in the conversation. We should know not to expect easy solutions. Nor should we prematurely leap to simplistic narratives of “conflict” or “harmony” between science, Scripture, and theology. In the end we are all approaching a grand question that makes this conversation captivating and important: what does it mean to be human?

Alexander, Denis. 2014. Creation or Evolution: Do We Have to Choose? Monarch Books.

Barrick, William D. 2013. “A Historical Adam: Young-Earth Creation View.” in Four Views on the Historical Adam, edited by M. Barrett and A. B. Caneday. Zondervan Academic.

Collins, C. John. 2011. Did Adam and Eve Really Exist?: Who They Were and Why You Should Care. Crossway.

Collins, C. John. 2013. “A Historical Adam: Old-Earth Creation View.” in Four Views on the Historical Adam, edited by M. Barrett and A. B. Caneday. Zondervan Academic.

Craig, William Lane. 2021. In Quest of the Historical Adam: A Biblical and Scientific Exploration. S.l.: Eerdmans.

Enns, Peter. 2012. The Evolution of Adam: What the Bible Does and Doesn’t Say about Human Origins. Baker Books.

Garvey, Jon. 2020. The Generations of Heaven and Earth: Adam, the Ancient World, and Biblical Theology. Wipf and Stock Publishers.

Giberson, Karl. 2008. Saving Darwin: How to Be a Christian and Believe in Evolution. Harper Collins.

Harlow, Daniel C. 2010. “After Adam: Reading Genesis in an Age of Evolutionary Science.” Perspectives on Science and Christian Faith 62(3):17

Lamoureux, Denis O. 2013. “No Historical Adam: Evolutionary Creation View.” in Four Views on the Historical Adam, edited by M. Barrett and A. B. Caneday. Zondervan Academic.

Rana, Fazale, and Hugh Ross. 2015. Who Was Adam?: A Creation Model Approach to the Origin of Man. RTB Press.

This article is available at:
https://peacefulscience.org/articles/evolution-adam-eve/ 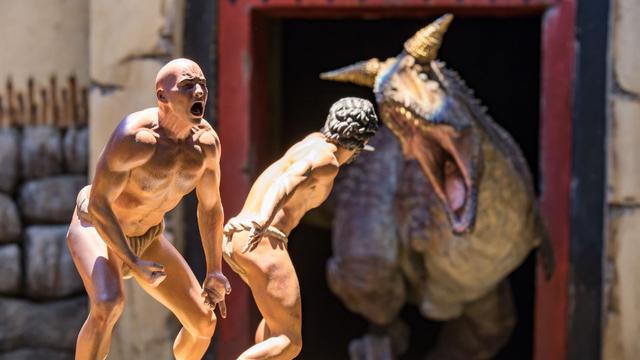 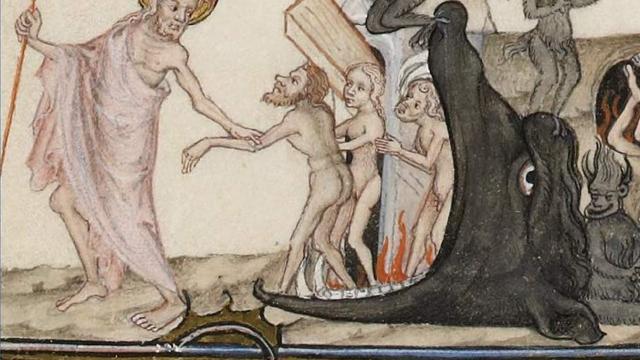